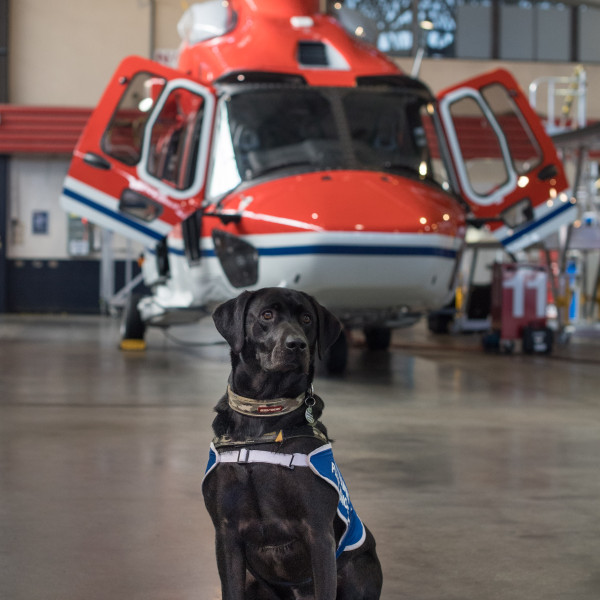 … CHC’s community support activities in its EMEA region have been as diverse as they have been comprehensive over the past decade.

But they’re all largely defined by one overarching principle: a desire to help new charities become established or support existing ones through times when they need an extra helping hand.

“Our focus over the years has been upon identifying good causes that need some help to get up and running or others that may be struggling for one reason or another,” says Regional Director Mark Abbey.

“It’s always been important for us to provide community support and we want to do it in such a way that we’re really making a difference – that’s why we take the approach we do.”

Although such activities have inevitably been curtailed recently because of the pandemic, some notable examples over the years include:

*Wings for Warriors: a UK charity which enables injured military veterans to train as professional pilots. CHC donated a training helicopter to the organisation, provided maintenance and training support – and offered trainees the potential opportunity to join CHC

*The highly successful Runway Run at Aberdeen Airport – you can read more about this fund-raiser, instigated by CHC Captain Ryan Broadhurst, elsewhere in our 75th anniversary coverage

*A partnership with Aberdeen-based charity Friends of Anchor – its support has included donating teddy bears as Christmas gifts for children in hospital.

In a wider context, CHC has been a regular sponsor of the annual Aberdeen-based Energy Ball, which represented a major charity event for CHC and benefited a variety of good causes over the years.

Its support can also directly link to CHC’s front line work – such as the instance in 2018 when one of its Coast Guard crews in Ireland helped respond to an incident when a man sustained serious injuries in a fall. CHC personnel took part in a fund-raising 140km cycling event as part of a subsequent campaign to equip the injured man’s house with the facilities required to enable him to return home.